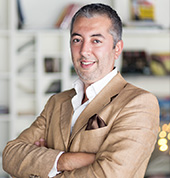 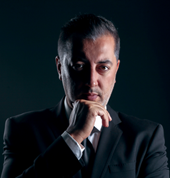 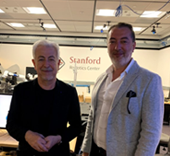 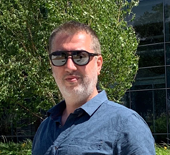 He started his career with television broadcasting in 1996 and worked in many productions as a director. In 2001, he received a full scholarship from Bahçeşehir University, Faculty of Communication, Department of Visual Communication Design. He studied at Bahçeşehir University, Visual Arts, Cinema – TV, Photography – Video Departments, creative script and multidisciplinary design fields. During his university life, he continued his professional business life actively and directed many campaigns and productions. He has led numerous campaigns on political communication and public communication.

In 2004, he founded Bestimage Advertising and Consultancy Incorporated Company with his brother Serdar Şenel, an award winning designer and started to serve many institutions, especially Bahçeşehir University. Bestimage Group, which provides 360 degree communication solutions, has managed the communication processes of over 200 brands in the public and private sectors with its team of 50 people. In 2016, he founded VideoSanat that has brought a new working model to the production sector. VideoSanat quickly became a solution partner for many national and international leading brands. In 2017, he took part in the design and advisory board of the design academy BAU IDEA. He managed award-winning communications projects in the renewable energy, natural gas sector, boron and mining sectors. He carried out communication and organization consultancy for many institutions such as Ministry of Energy, Ministry of Industry and Technology, TUBITAK, Socar, TANAP, IMM, İgdaş, Eti Maden, Constitutional Court and SDIF. He has signed video projects of many giant brands.

Currently, in addition to his duty as the Chairman of the Board of Directors of Bestimage Group, he is also a member of the communication committee of 5 universities under the roof of BAU Global and especially Bahçeşehir University. He is also the consultant of many institutions.

He is married and has one child. His research interests include space, science, technology, theology and philosophy, and he is interested in swimming, fishing, extreme sports and percussion instruments. 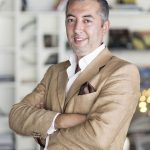 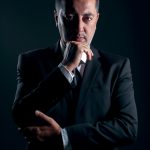 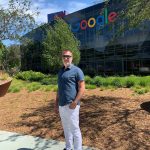 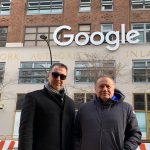